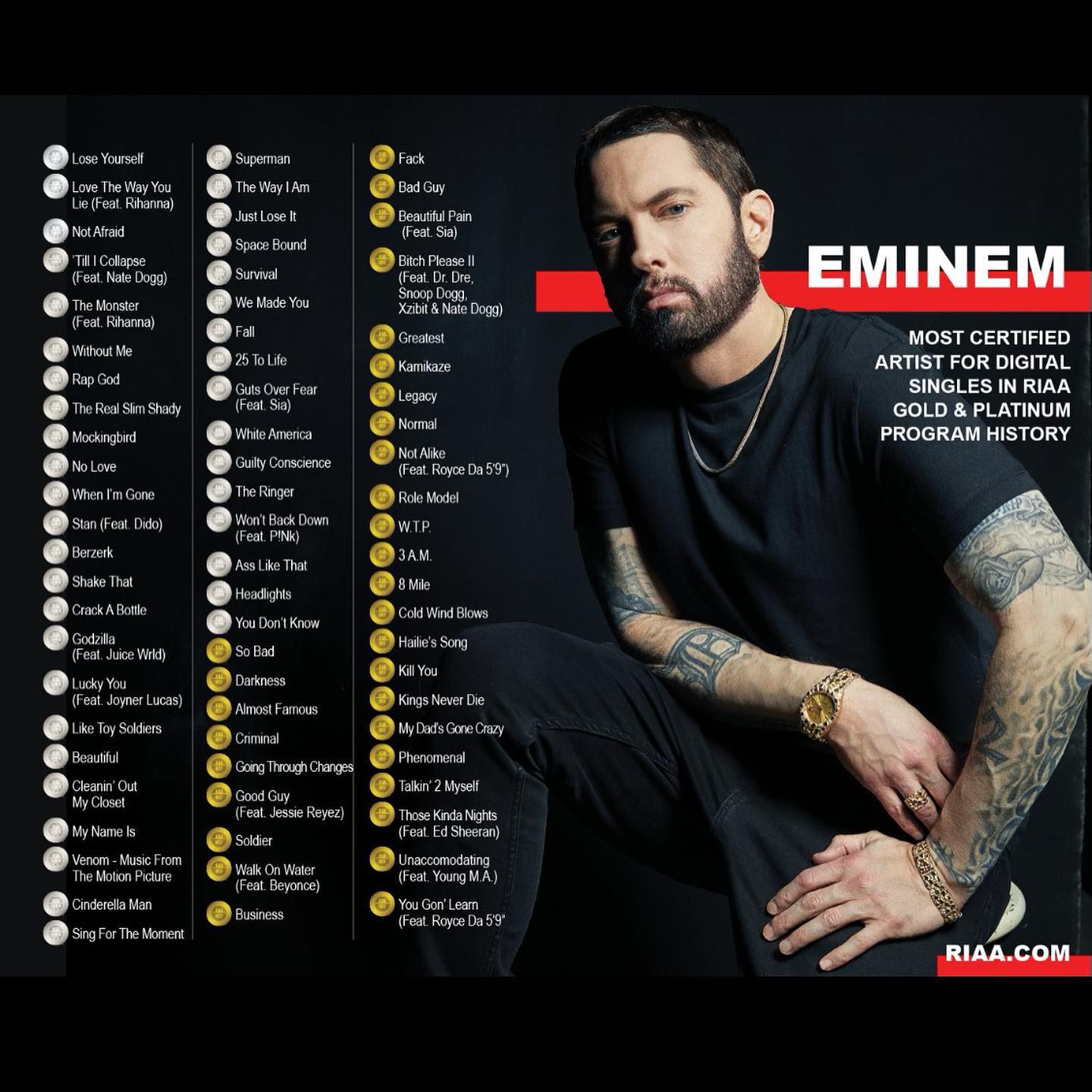 [Intro: Eminem] Yeah You know, I've been around for a while now Not sure if I have much left to prove Yeah I do, haha [Verse 1: Eminem] I look at me now, I'm thinkin', “Damn” How proud of me I am What I did is nothin' to sneeze at Even if your allergies are […]

[Verse 1: Eminem] She says I am trash, but she listens to Tekashi (Damn) Bitch, you lost me (Yeah) Fair weather, wishy-washy She thinks Machine washed me (What?) Swear to God, man, her favorite rapper wish he’d crossed me (Yeah) I love conflict, got a obnoxious (What?) subconscious (Yeah) I’m afraid to unlock it (Nah) […] 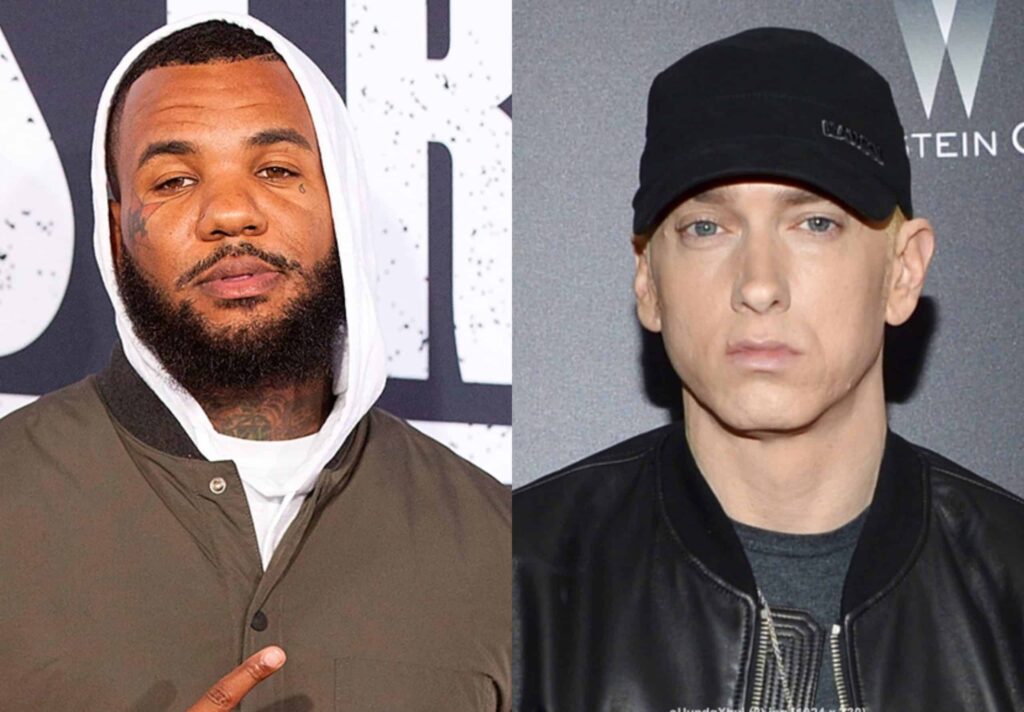 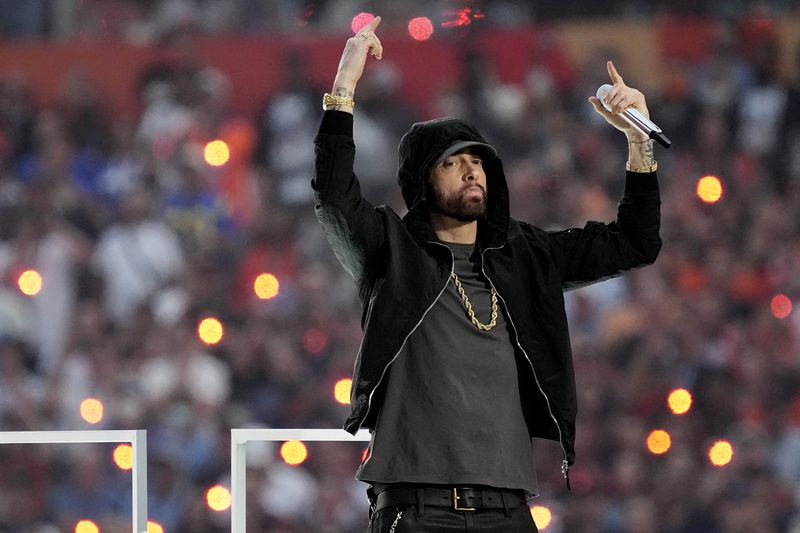 [ Eminem ] Still on? Yo, is the mic on? Check, check, check Alright, let's do it Let's go, come on *public of a concert screaming “Eminem, Eminem, Eminem”*

[Intro: Eminem] Yeah So I guess this is what it is, huh? Think it's obvious We ain't never gonna see eye to eye But it's funny As much as I hate you I need you This is music to be murdered by [Chorus: Nikki Grier] Got a premonition I feel the end is near The beauty starts to fade […]

[Intro: Young M.A & Eminem] Oh, this what we doin'? Alright M.A [Verse 1: Young M.A] I like a bitch that like to wobble, wobble Shake it, shake it, break it, break it, uh Nigga, we made it, made it, they hate it, hate it Pro professional, pure persistent, I'm paper chasing I hate complaining, I hated waiting, I'll […]

[Spoken] How do you do? Ladies and gentlemen My name is Alfred Hitchcock and this is Music To Be Murdered By It is mood music in a jugular vein So why don't you relax? Lean back and enjoy yourself Until the coroner comes

[Intro: Bizarre & Ed Sheeran] Damn, girl, with your sexy ass, haha Let me holla at you D.A. got that dope It's one of those kinda nights [Verse 1: Eminem & Ed Sheeran] Yes, this beat’s takin' me back to my D12 days When we hit the club to go and hell-raise Probably end up baggin' the cocktail waitress […]

[Verse 1] “This could never work,” is what we said at first But whatever this is, it's working But we're in two different worlds and (Yeah) I'm not your husband (Nah), you ain't my girlfriend All I know is that (What?) When I'm with you, I'm a different person, yeah And I ain't never met a chick as perfect […]

[Intro] Ugh, you're a monster [Verse 1: Eminem] I can swallow a bottle of alcohol and I'll feel like Godzilla Better hit the deck like the card dealer My whole squad's in here, walking around the party A cross between a zombie apocalypse and big Bobby “The Brain” Heenan which is probably the Same reason I wrestle with mania […]

[Intro: Eminem] Yeah (I knew this day was coming) Sometimes, you gotta come back down (It's all going to hell now, man) Stoop to someone's level (Yeah) [Verse 1: Eminem] Five dozen flies buzzin' over your head Call me the Grim Reaper, sleep is my cousin You're dead to me now and I'ma be the last face you see […]

[Intro] Ayo (This a song about) My, my stepdad (Let's see if this ever happened to you) I, I hate My, my stepdad [Verse 1] One thing that sticks in my craw When I was six and I saw my stepfather hittin' my Ma Socked her right in her eyeball I'm startin' to think I'm psychotic With all the […]

[Intro] My name is Marsh and this world, I'm out of it (Out of it) 'Cause with all this A-B-C shit, I'm starting to sound like Alf a bit Ha, I kill me, this medicine's counterfeit I was mislead by the sound of it, how am I gonna get turnt up on this Valium shit? (Yeah) [Verse 1] Checked […]

[Verse 1] I could be with anybody, I choose you Still, it's no excuse to abuse you But no one knows what I'm goin' through, so I'd use you To be truthful, I wouldn't know what to do if I lose you So I refuse to, might have a screw loose and a fuse blew But I think I […]

[Intro: Alfred Hitchcock] I trust that everyone is enjoying the music As the title of the album suggests This was meant for your listening pleasure While you are being done in [Verse 1] Call this evil intent, like me in a limo (Yeah) Like the shade in these windows Smoke gray, ladies go mental But no way they can […]

[Intro: Anderson .Paak] Yeah, like that Okay, yeah [Verse 1: Anderson .Paak & Eminem] Say, bro, (Yeah) where you get them from? Detroit? (Yeah) That machine gun, spray boy And it's gon' hit some New coupe? (Ooh) Been whippin' 'em New boobs? (Yeah) Where you get them done? Payroll (Nice), might put you on a table And spread you […]

[Intro] Ricky Racks For what it's worth You were a slut at birth If the world had a dick You'd fuck the Earth I tried to get over you It doesn't work You're still a cunt I'm still a fucking jerk [Verse 1] Same as it ever was, yeah Say it'll change but it never does Ain't gonna ever […]

[Intro: Eminem] And I don't think that I can stop it (Here it comes) I do my best to try to block it (Redrum) I've been sipping on like, vodka (Head's numb) I'm blacking out, you better watch it (It's bedlam) [Chorus: Eminem] I thought I heard a voice in my head that said “Kill” I had no other […]

[Intro] *Plane crashing* Yeah, yo, I'm just gonna write down My first thoughts, see where this takes me ’Cause I feel like I wanna punch the world in the fuckin' face right now Yeah! [Verse] Let me explain just how to make greatness Straight out the gate, I'm ’bout to break you down Ain't no […]

[Skit: Paul Rosenberg] Hey Em, It's Paul. Umm, I listened to the new album. Umm, are you really gonna just reply to everybody who you don't like what they have to say, uh, about you or the stuff you're working on? I mean, I don't know if that's really a great idea; its-its like, what's […]